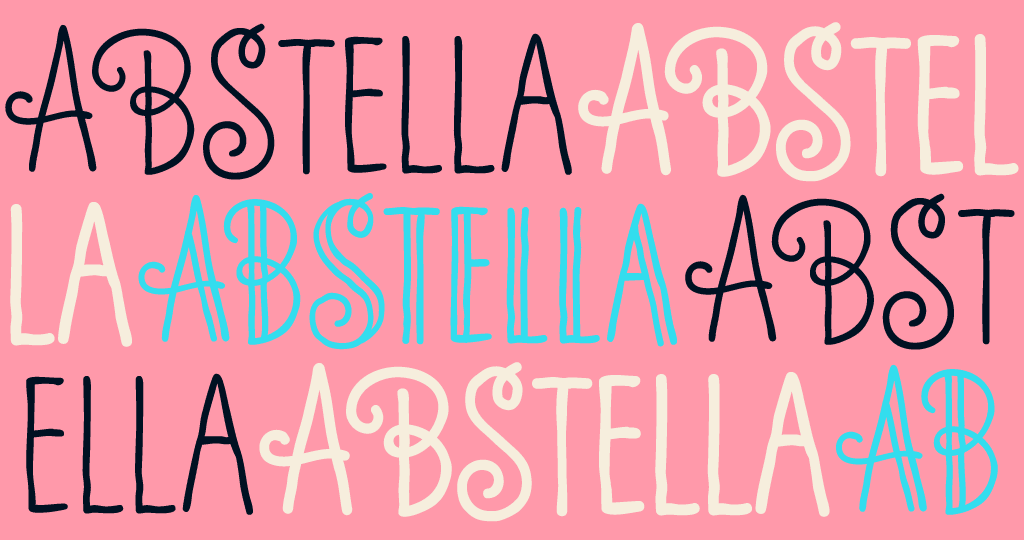 In 2014, Rovio launched the Angry Birds spin-off brand Stella. Once they had defined Stella’s world, they came to me, saying, “the one critical item missing is her own typography.”

Their two requests: It must be playful and all-caps. I drew a simple, art-deco-inspired alphabet with single pen strokes. Since these fonts were for promotion rather than gameplay, I was able to make them more detailed and delicate than my Angry Birds designs.

They were used for the game’s promotion, in-game title cards, book design, and credits in animated shorts.